ACADEMIC CALENDER consists of two Semesters at all Russian universities:

Each term lasts for 20 weeks, its 9th and 18th weeks are intended for module testing, the 10th and 20th weeks – for semester testing.
All Universities of the Russian Federation enroll international students for all faculties in the first semester that starts on September 1.
First-year students who are going to join any course taught in English are allowed to join later (due to delay in getting Visa or any other serious reasons).
Students who are going to join Preparatory Department or PG courses can start their studies anytime a year.
Some our partner Russian Universities enroll international students in second semester as well.

This law states that one of its guiding principles is:

“Safeguarding the right of every employee to equitable work conditions, including the work conditions meeting safety and health requirements, the right to rest and leisure, including limitations of working hours, provision of daily rest, days-off and non-working holidays, paid annual vacations.”

OFFICIAL HOLIDAYS OF THE RUSSIAN FEDERATION: 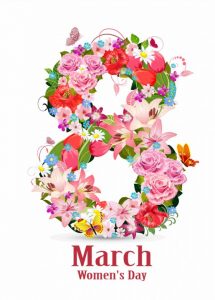 New Year’s Day is one of the most favorite holidays in Russia. On the New Year’s Eve Russians decorate fir-trees, hide presents for each other underneath them, make fireworks, cook delicious meals, set the table and celebrate in the joyous company of family and friends. Nowadays many people in Russia celebrate coming of the New Year twice – on January 1st and 14th (which corresponds to January 1st in the Julian calendar, used in Russia before 1918).

International Women’s Day appeared at a time of great social turbulence and crisis, and thus initially was associated with a tradition of protest and political activism. On March 8, 1857 textile female-workers of New York held a rally against low wages and bad labor conditions. In 1910 to commemorate these events the International Women’s Congress in Copenhagen proclaimed this date as the International Women’s Day to be marked annually. In Russia it has been celebrated since 1913 and now is also treated as the first spring holiday, which cherishes the love for and beauty of the Russian women and women all over the world.

Defender of the Fatherland Day, also known as The Army Day, or Men’s Day, is a tribute to all the generations of Russian soldiers from the ancient times till modern days, to all those who courageously defended the Motherland from invaders. On this day the entire masculine population – from boys to old men – receive special greetings and presents. Women have a wonderful opportunity to show their warmest and kindest feelings to the loved ones and to indulge them with sings of attention and affection.

Orthodox Christmas This period from 7th till 19th of January is the best period for telling fortunes, as it is the Saint Christmas week, when people have fun, wear fancy clothes and travel from one home to another asking for favours. Christmas is the holiday of waiting for miracles, a unique mixture of folk and Christian customs and traditions. 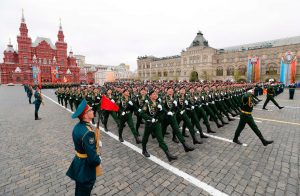 Spring and Labor Celebration traces its history back to May 1st, 1886, when the workers of Chicago went on strike and demanded the workday to be cut from 15 hours down to 8 hours. In Russia this holiday was celebrated for the first time on May 1st, 1890 as the International Workers’ Solidarity Day.

Victory Day is one of the most sacred holidays for the Russian people. Russia commemorates dozens of millions of its countrymen fallen in World War II on this day. Flowers and wreaths are laid on the wartime graves. Veterans come out into the streets wearing their military decorations and medals. The entire nation pays tribute to the eternal sacrifice that ensured its future.

Day of Russia celebrates the adoption in 1991 of the Declaration of Sovereignty of the Russian Federation, which opened the current page in the history book of the country and is considered to be its official National Holiday.

Unity Day, though being a newly adopted holiday, refers to a critical point in Russian history and honors the liberation of Moscow on November 4th, 1612 from the Polish invaders – in great manifestation of the national unity – by a people’s army consisting of all classes of the Russian society.