Higher Еducation is under the jurisdiction of The Ministry of Education and Science of the Russian Federation which is responsible for the accreditation and licensing of Higher Education Establishments, and for developing and maintaining State Educational Standards.

HISTORY OF EDUCATION IN RUSSIA 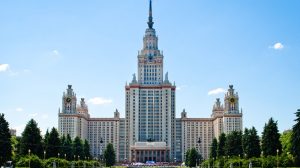 Russia’s higher education system started with the foundation of the universities in Moscow and St. Petersburg in the middle of the 18th century. The system was constructed similar to that of Germany. In Soviet times, all of the population in Russia had at least a secondary education. The pursuit of higher education was and still is considered to be very prestigious.
Due in great part to demands of the international educational organizations, the system of education in Russia began to change over the past four to five years. Universities began transitioning to a system similar to that of Britain and the USA: 4 years for the Bachelor’s degree and 2 years for a Master’s degree.

There are 180,000 educational establishments of all types and categories in the Russian Federation. About 35 million people or 25 % of the total population of the country are annually involved in one or another type of education. More than 6 million people are employed in the sphere of education. Russia has the most educated population in the world. More than half of Russians have higher education qualification. About 300000 applicants from all the countries of the world come to study at Russian universities. 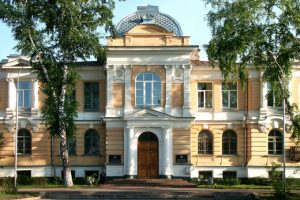 In the Russian Federation there are: 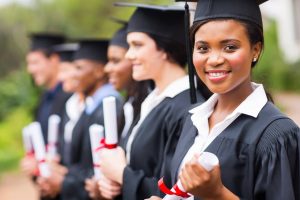 Major international experts have noted that Russian educational system is one of the most developed and advanced educational systems in the world. In the context of a changing society, the educational system proved to be capable of adapting to rapid transformations of new realities and to the phase of prolonged evolutionary reformation.

The academic year starts on 1st of September and ends at the end of June. It is divided into an autumn and spring semester. A study period of 16 weeks in autumn term and a study period of 15-16 weeks in spring term. Each semester ends with one assessment week during which students take course tests and present assignment works and defend course projects.

In recent years, the system of education of the Russian Federation has been undergoing drastic changes in the framework of the comprehensive transformation of the country as a whole. The main changes have been proceeding along the diversification: emergence of new types of educational institutions, introduction of a multi-level higher education system (Bachelor’s and Master’s Degrees in addition to the traditional Diploma – Specialist Degree), and profound changes in curricula. Russian educational system is very flexible that is why it is always open for everything new.